Fiona Dourif Stars in Don’t Look at the Demon Trailer 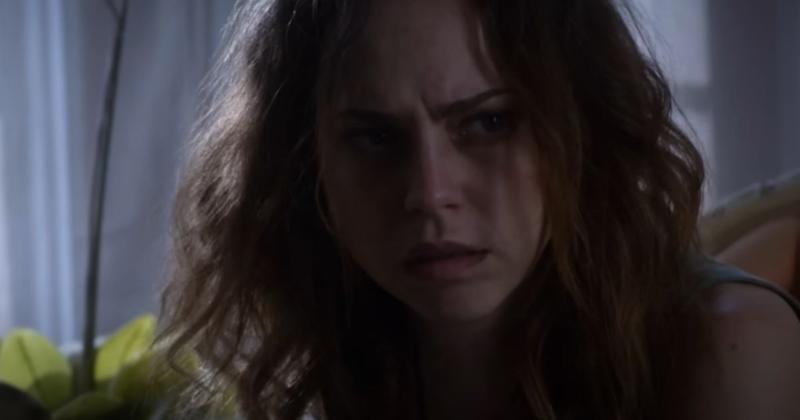 Besides Season 2 of Chucky, Fiona Dourif has another horror project for genre enthusiasts to enjoy. Via Bloody Disgusting, she will be starring in the feature film Don’t Look at the Demon, an indie horror movie scheduled for release in select theaters on October 7, 2022. The film, courtesy of Outsider Pictures, has a trailer that is available for you to view.

Fiona Dourif (The Purge, The Stand), whose real-life mom was psychic according to her, will play a troubled medium named Jules. She’s the leader of an American TV team of paranormal investigators alongside Harris Dickinson (Where the Crawdads Sing, Triangle of Sadness, The King’s Man), Jordon Belfi (Entourage), and Randy Wayne (Dukes of Hazard: The Beginning).

MOVIEWEB VIDEO OF THE DAY

The four of them will go to the home of a couple who are both big fans of the show. They claim to have experienced inexplicable and threatening disturbances. Once they delve into the mystery, the team will make contact with the other side, encountering more terrifying possessions and apparitions than any they’d witnessed before.

“As the cameras roll and bodies are possessed, they’re inevitably overwhelmed by this violent supernatural force. Their only hope? Jules. She refuses to face what really happened when her first supernatural encounter left her sister dead. But her dark past, if she can unlock it, may be their only hope of stopping the demon before it’s too late.”

Related: Chucky Season 2: Plot, Cast, Release Date, and Everything Else We Know

Where the Film Came From

Don’t Look at the Demon was directed by Brando Lee, who grew up on the outskirts of Kuala Lumpur on a steady diet of Hollywood films such as Jaws, The Exorcist, and Star Wars. Lee went on to study Film & TV at Columbia College, working on various productions in Los Angeles.

He was the one who created Brando Studios B&L Creative, which produced a stream of theatrically released films and TV projects in Malaysia. Besides that, Lee co-founded Barnstorm, the company that produced Don’t Look at the Demon. According to IMDb, Lee’s previous directing credits include Gangster Wars in 2013 and Chow Kit in 2012.

“There is a Ying and Yang in all my pursuits. I believe the world should have the Good and the Bad, both Angels and Evil beings. In essence it is all about maintaining the balance of the Universe. Intrigued by experiences I have been through, I started exploring the “them” around us. I am thrilled to be able to bring my personal vision to the movie screen, with my first-hand experience showing a realistic twist to a typical possession story,” said Lee.

According to The Star, Don’t Look at the Demon is the first Malaysian film to be screened in the United States. Besides the US, the film will be released in over 20 countries, which includes Vietnam, Thailand, Philippines, Singapore, Mongolia, Cambodia, Canada, the United Kingdom, Poland, and more. It will be screened in more than 250 cinemas within the North American region alone.

“With the global release of Don’t Look At The Demon, I hope to inspire local producers to reach for the stars and keep pushing forward to represent Malaysia on an international scale. The release of this film is not just my success, but it is the success of all of us in Malaysia, and I am extremely proud to set this benchmark and bring pride to our country.”