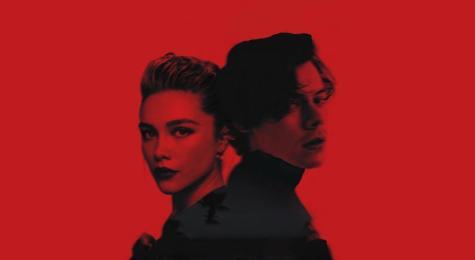 Last weekend, the film Don’t Worry Darling made its debut in theaters. Florence Pugh portrays a 1950’s housewife, and as the story develops, her idyllic world seems to come crashing down. The story is set in Victory, a small town where everything seems to be perfect. Pugh portrays a woman by the name of Alice who is married to a man named Jack, played by Harry Styles. Throughout the film, Alice begins to wonder – what really is Victory? Where do all the men go when they claim to be at work? As strange things begin to happen to her, these questions ultimately lead to her downfall. The movie is a surreal psychological thriller that does an excellent job of capturing the idea of an ideal society. Nevertheless, I have the impression that Olivia Wilde, who directed this film, had a hard time portraying this successfully.

I am not going to use flowery language, I am just going to get to the review. This movie was quite possibly the most confusing film I have ever seen. It feels as though Wilde was trying to make viewers just as confused as Alice. I do think it was a cool idea she had the audience unravel the twists along with the main character; however, the execution was really bad. She did not offer a thorough explanation of what was occurring, and I think that’s why it ended up just confusing viewers.  It is sort of staggering how half-baked this film feels, and it is as if no one watched it all the way through before sending it off to theaters. There were so many scenes that didn’t seem necessary to the plot of the movie and served just as a way to pad the runtime. I will admit, the cinematography was absolutely stunning. One thing about Wilde is that she definitely knows how to work a camera. However, these scenes didn’t seem necessary as they didn’t add to the plot. Wilde chose to incorporate these scenes into the trailer as well. This was a smart move because It made viewers curious as to what these scenes meant and also wonder how they would play out in the film. However, after watching the movie I am still as confused as to what these scenes meant. Major spoiler from now on****. The resolution of the film was underwhelming. The big twist was essentially The Matrix meets Get Out without a successful execution. In the end, Alice found out that the whole time she was unwillingly in a simulation. Her real world boyfriend, Jack had forced her there because he felt as though he wasn’t providing for her in the way he should. The last 20 minutes were rushed. It felt as if they forgot to film an ending and someone said “car chase?” and Wilde said “yes”. All of the interesting scenes that were in the trailer that I mentioned earlier were only there to show that Alice was experiencing a glitch in her simulation. How unsatisfying.

One thing that I will praise though, is Florence Pugh’s acting. She is truly gifted and makes viewers want to watch. However, I feel as though she already did this performance in Midsommar.  Going into this movie, I had really high expectations for her. Even though she met them, I was left wanting more. Maybe this is because her counterpart, Harry Styles, acting was kind of atrocious. Styles did an okay job, but next to actors such as Florence Pugh and Chris Pine you could tell he was acting. Everything he did felt off. Maybe it was a character choice to act in such an odd manner, but to the audience it just felt like his inexperience was showing. I feel like it would have been in the film’s best interest to get an actor with more experience to act among these people. Another actor who did a good job was Chris Pine. Though he had a minor part, he made viewers distrust him and dislike him. In the film, Pine played a man named Frank. The whole simulation was built by Frank, and once Alice discovered this he decided to taunt her about it. There was so much tension between the two, and this tension just lacked with Styles’ character, Jack. One thing I do wish the film had more of was Pine’s character. I feel like he could have been so much more complex, but instead Wilde decided to make the main villain Styles’ character and it wasn’t compelling to viewers. This may have partially been because of Styles’ performance, and partially because his character wasn’t as interesting and powerful as Pine’s character could have been.

I feel the need to mention that this isn’t Wilde’s first project. This is her second major film, with the first being Booksmart, which was received well by both critics and the general audience. So… what went so wrong with this movie? Much points to the behind the scenes drama (Wilde and Styles’ off-screen relationship), which in my opinion seems more interesting than the actual movie. This film had so much potential, and I am genuinely disappointed that it didn’t meet up to its expectations. I just wish that Wilde wouldn’t have let her personal affairs directly affect the filming of this movie. All around, I feel as if the film was just mediocre. It could have been so amazing and groundbreaking, yet Wilde’s choices made the film spiral down the rabbit hole.